View Cart (0)
We help people with skin to have healthy earthsuits. 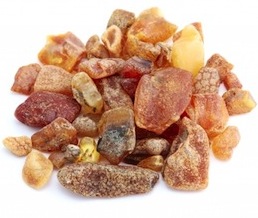 The use of frankincense as a medicine most likely started with the ancient Egyptians. Frankincense is central to almost every major religion from this region of the world, but its healing value often goes unmentioned in the history books. For starters, frankincense oil has been used for millennia to help balance out the emotions and achieve a happier, more connected life. After battle, it was often relied upon to disinfect wounds, soothe muscle pain and reduce swelling. The oil is also extremely beneficial for the skin and hair. It can be applied topically to treat dry skin, smooth wrinkles, and strengthen hair roots. Because of its known anti-inflammatory properties, frankincense oil is often prescribed by naturopaths to treat patients who are suffering from rheumatoid arthritis. Fun fact: archaeologists found frankincense resin in King Tut’s tomb in ancient Egypt. A truly medicinal treasure! 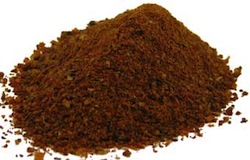 Like frankincense, myrrh is native to Northern Africa and the Middle East. This revered plant resin actually appears in one of the oldest Egyptian medical texts, Ebers Papyrus, which dates back to 1550 B.C.! This is a clear testament to how popular it was among ancient cultures for its curative effects. Beyond its use as a fragrance and for embalming purposes, early civilizations saw that it possessed quite a few healing properties. The Egyptians bought boatloads of it from the Phoenicians for use in skin salves that were applied to wounds, sores and burns. By this time, early doctors had already recognized myrrh’s antiseptic, anti-inflammatory, and analgesic effects, and it was prescribed for a wide array of physical ailments, including: cough, asthma, indigestion, rashes, scrapes, burns, skin infection, hemorrhoids, joint pain, and sore throat. It was also used as a rejuvenating facial and massage treatment. Both of these sacred substances have endured quite a journey over the past five millennia. Frankincense and myrrh are now celebrated worldwide for their religious significance, but it is up to us to spread the word about their extreme healing potential and put them to good use!